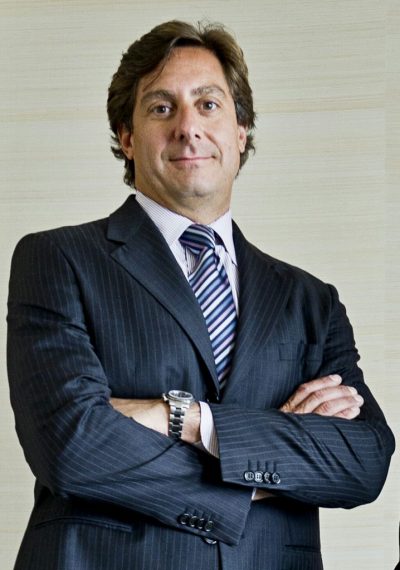 Paul J. Napoli is a nationally renowned personal injury, medical malpractice, and mass tort litigation attorney with close to 30 years of experience in the legal field. As a top injury attorney, he aggressively defends the rights of his clients in courtrooms throughout the country, fighting to ensure they get the maximum amount of compensation they deserve. Trusted by those he represents and respected by his colleagues in the legal field, he has a well-earned reputation for integrity and honesty, and a dedication to ensuring justice is served.

With his well-documented track record in achieving the most successful outcomes in legal cases, Mr. Napoli rates a score of 10 out of 10 on AVVO, the highest possible ranking from the nation’s leading lawyer referral and rating service. He is well-known for consistently achieving jury awards and settlements involving multiple millions of dollars for plaintiffs, and he brings his particular brand of excellence, his high- powered legal skill, and his tenacious approach work on behalf of clients.

As a strong supporter of the National September 11 Memorial Museum,  Mr. Napoli’s efforts help to ensure that the event that occurred that fateful day and the lives that were lost or changed forever are not forgotten.

The Memorial itself, which is directly on the WTC site, serves to help remember and honor the thousands of people murdered by the acts of terrorism, both in the first attack that occurred there on February 26, 1993, and as a result of the devastation resulting from 9/11. It recognizes the site as a sacred place, in the hopes that the lives lost and the acts of bravery and deeds of courage that took place there will inspire us all to have a deeper respect for life, to work harder to defend our freedoms, and to continue to confront hatred and intolerance, wherever it occurs.

Also located on the site is the National September 11th Memorial Museum, which serves as the country’s principal institution to chronicle the events of that fateful day and how those events continue to impact the world in which we live. The Museum honors victims and those involved in recovery and cleanup efforts through a series of interactive displays and a growing collection of artifacts, personal stories, photos, and videos.

Mr. Napoli’s charitable and civic involvement, his advocacy efforts, and his legal work on behalf of 9/11 and World Trade Center victims have led him to become nationally recognized as an expert on the various issues surrounding that day. Mr. Napoli was profiled in the published book “City of Dust,” a journalistic account of the rescue, recovery, and debris removal activities at the site of the World Trade Center following the September 11, 2001 attacks, authored by former New York Times columnist Anthony DePalma. Due to his extensive knowledge of the attacks, the cleanup and recovery efforts, and the legal obstacles in obtaining settlements, his name is now synonymous with 9/11 responder claims.

Paul Napoli has deep roots and strong personal and professional ties to the city of New York, where he began his legal education and career. Paul is a 1992 graduate of St. John’s University School of Law and holds a B.S. from Fordham University (1989) in accounting. He is admitted to practice both in New York and Illinois and holds “pro hac vice” admissions in several other states.

Mr. Napoli became particularly well-known in the aftermath of 9/11, through the work he did both in contributing to recovery efforts, as well as in assisting those demolitions workers and first responders who were injured on the site.

Mr. Napoli was appointed by the United States District Court as Co-Liaison Counsel representing more than 11,000 first responders and other rescue and recovery workers who became ill or were injured during the rescue, recovery, and debris-removal activities at the World Trade Center site in the months following 9/11. Mr. Napoli was instrumental in obtaining settlements that are today valued at more than $900 million for his clients and others.

His efforts on behalf of 9/11 workers and their families left him with a deep, abiding passion to work towards changes in the existing social and legal system. He became heavily involved in 9/11 charitable organizations and advocacy groups, while speaking out on the legal issues facing victims and their rights pertaining to settlements after 9/11.

In addition to his personal efforts and using his skill as an attorney to help those impacted, Mr. Napoli also lobbied New York State and the U.S. Congress for two important pieces of legislation to assist WTC-injured workers, downtown residents, and office workers. These include:

While passing this legislation played an important role in ensuring victims of the 9/11 attacks received the financial support they and their families deserved while they recovered, Mr. Napoli’s efforts did not stop there. Mr. Napoli has been a generous contributor to the 9/11 Memorial, the 9/11 Memorial Museum, and other organizations working to support first responders and other WTC-injured workers.

Prior to Mr. Napoli’s work with 9/11 victims of the World Trade Center attacks and their families, he broke ground in becoming one of the leading voices for patient advocacy in debates over the safety of diet pills and the responsibility of physicians in providing their patients with these medications. The controversy focused on the diet drug Fen-Phen, which the U.S. Food and Drug Administration (FDA) reports has been linked with cases of cardiovascular disease in patients.

In groundbreaking pharmaceutical malpractice and medical malpractice litigation involving thousands of clients, Mr. Napoli played a critical role in holding the drug manufacturers and the physicians who prescribed these drugs accountable, netting roughly $22 billion in settlements for victims.

Paul Napoli’s passion is to shine a light on issues that put the well-being of the public in danger and sharing his knowledge and experience to inform others in the legal field has been a hallmark of his career. Mr. Napoli has written on physician liability for diet drug injuries, which was published in the New York Law Journal, and on “The Cost of Contamination” for the American Water Works Association Journal, November 2012.

As a leader in the fight to protect the public against potential dangers due to unsafe and potentially illegal practices, he has extensively litigated as an environmental lawyer on behalf of municipal clients for contamination to land and water supplies resulting from petroleum and related chemical spills. While easy access to safe, clean drinking water is crucial to the health of us all, numerous reports in recent years have brought to light concerns over water contamination. Once water is tainted, it is often impossible to completely eradicate the problem, and it is crucial for water suppliers to take a proactive approach in monitoring and addressing potential problems.

United States District Court for the District of Colorado

United States Court of Appeals for the Second Circuit

United States Court of Appeals for the Third Circuit

Mr. Napoli’s dedication, success, and service to his clients is recognized throughout the legal community and he has been honored throughout his illustrious career to have received many awards from his peers and commendations from professional organizations. These include:

America’s Elite Trial Lawyers, 2014, which recognizes the major and notable victories attorneys have achieved for clients

The American Trial Lawyers Association Top 100 Attorneys in the New York Metro Area, 2007, 2010, 2012, 2013 and 2014, which recognizes excellence in legal practice based on peer reviews and client feedback

The Legal 500 United States, Top Tier 2014, which uses extensive background information and research to determine the top 500 lawyers and law firms each year

The National Association of Distinguished Counsel, 2016-2019

National Law Journal Top 50 Elite Trial Lawyer, a prestigious honor awarded to a select number of attorneys for having the highest total recoveries

New York Super Lawyers® 2007-2019, which uses a multi-phase selection process to determine the best lawyers in the New York area

As a recognized leader in the application and practice of law, Mr. Napoli shares his experience and skill with others in the legal field and uses his vast knowledge to further the pursuit of justice for victims. He was honored to have served on the Board of Directors of the New York Trial Lawyers Association, is active in numerous bar associations, has been interviewed on numerous television shows, in newspaper and magazine articles and is frequently consulted by attorneys around the country on a variety of legal issues.

Speaker, “Flint Water Crisis: Get in the Know about Lead Poisoning and How It’s Litigated”, Perrin Conferences

Portland (ME) opioid lawsuit may end up in Ohio federal court, the Forecaster (July 30, 2018)

Study predicts most new cases of mesothelioma will not be related to occupational exposure after 2040, Madison-St. ClairRecord (May 7, 2018)

With Trump MIA on Opioids, Here Come the Lawyers, BloombergView (1/12/18)

How we got here: A history of the opiate epidemic, Long Island Business News (November 7, 2017)

Schuyler county attorney to crack down on manufacturers, distributors of opioids, Press & Sun-Bulletin [Part of The USA Today Network] (August 17, 2017)

Appointed by the Supreme Court of the State of New York as a Liaison Counsel for the New York State Consolidated Diet Drug litigations In re: Diet Drug (Phentermine, fenfluramine, dexfenfluramine) Products Liability Litigation

PFAS and Their Implications for Landfills

Opioid Crisis Costs: Is There a Cause of Action?, The New York Law Journal (November 16, 2017)

Mundy, Alicia, Dispensing with the Truth: The Victims, The Drug Companies, and the Dramatic Story Behind the Battle Over Fen-Phen, St. Martin’s Press, 2001.

Representative Cases and Settlements of Note

In re: World Trade Center Disaster Site Litigation, 21 MC 100 (AKH), United States District Court, Southern District of New York. Appointed Plaintiffs’ Liaison Counsel.  Napoli negotiated a historic settlement of more than ten thousand workers’ claims against the City of New York, its contractors and other defendants in the mass tort litigation where first responders, construction workers, and laborers became ill as a result of toxic exposures suffered during the debris removal and clean-up operations at the World Trade Center and related sites following the September 11, 2001 attacks.

In re: MTBE (Methyl Tertiary Butyl Ether) Products Liability Litigation, MDL 1358, U.S. District Court for the Southern District of New York. Napoli attained more than $50 million in the settlement with ExxonMobil Corporation and other defendants on behalf of numerous municipalities and municipal water districts whose potable drinking water sources were endangered and contaminated by leaks of petroleum additive.

In re: Diet Drug (Phentermine, fenfluramine, dexfenfluramine) Products Liability Litigation, United States District Court, Eastern District of Pennsylvania. Achieved a half-billion-dollar settlement on behalf of thousands of plaintiffs injured as a result of their ingestion of defective diet medications.

$47.5 Million Dollar Settlement of Injuries Sustained by Rescue and Recovery Workers at Ground Zero from Toxic Dust Recovered from The Port Authority Of New York and New Jersey